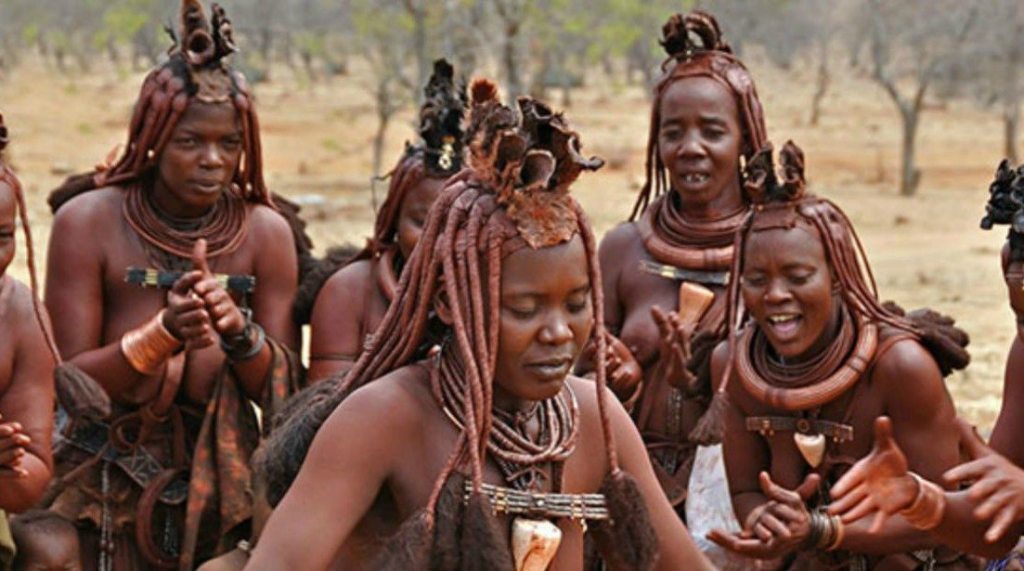 It is customary, for them, for the the women to engage in daily activities of milking cows, taking care of the children while the men go hunting, sometimes leaving for long periods of time.

With a population of over 50,000, the Himba are a polygamous people where Himba girls are married off to male partners selected by their fathers once they attain puberty.

Most of their cultures have been upheld despite western influence and agitation.

Among these is the “Man comes first” tradition. The woman has little or no opinion in the decision making. Submission to her husband’s demands come first.

According to the Guardian, “When a visitor comes knocking, a man shows his approval and pleasure of seeing his guest by giving him the Okujepisa Omukazendu treatment — the wife is given to his guest to spend the night while the husband sleeps in another room. In a case where there is no available room, her husband will sleep outside.”

A Beautiful Display of The Himba Culture with WODA MAYA

Another tradition that has stood the test of time is the “bathing is forbidden” rule. Rather than take their baths, the women take a smoke bath and apply aromatic resins on their skin. They are also guided by the belief that the colour red signifies “Earth and blood”. Their red skin is one of the things that make them extremely unique. The red colour is from the otjize paste (a combination of butterfat, omuzumba scrub and ochre) and its function is to protect their skin from the harsh desert sun and insect bites.

The Himba people haven’t been represented a lot in Literature. However, in Nnedi Okorafor Binti, the lead character ‘Binti’ is of the Himba poeple. Okorafor describes the tribe as a “tribe in Namibia who use ‘sweet smelling otjize’, a mixture of ochre and butterfat over their skin, rolling it into their hair as protection against the desert sun”. In the novella, the Himba don’t travel, which directly contrasts the real Himba people who are nomads.

Censure motion: Minority’s allegations have no legs to stand on – Afenyo-Markin

For men: 6 biggest red flags to notice in women

My govt has constructed more railway lines than in any period since...