Suspects in Mankessim murder case killed a trader too – Police

The Police have revealed that the two suspects in the Mankessim murder case, Michael Darko and Christopher Ekow Clarke, had also murdered one other person.

This, according to the police, brings to two the number of people confirmed to have been murdered by the suspects.

A press release issued by the Public Affairs Directorate of the Service on Friday, September 30, 2022, named the second victim as Gloria Yeboah a petty trader, from Obokrom in Kumasi.

She was reported missing sometime in June 2022 when she left home in her quest to travel abroad, the statement said.

“The suspects lured the deceased to Accra on June 17, 2022, and took her to Mankessim under the pretext of preparing her to travel to Holland. However, she was later killed by them.”, it explained.

The body of the deceased has been found and police have been able to locate her family.

“Police are providing the necessary support to the family in these difficult times. The Police are also following a lead on a possible third victim who might have been murdered by the suspects.”

Read the full statement below: 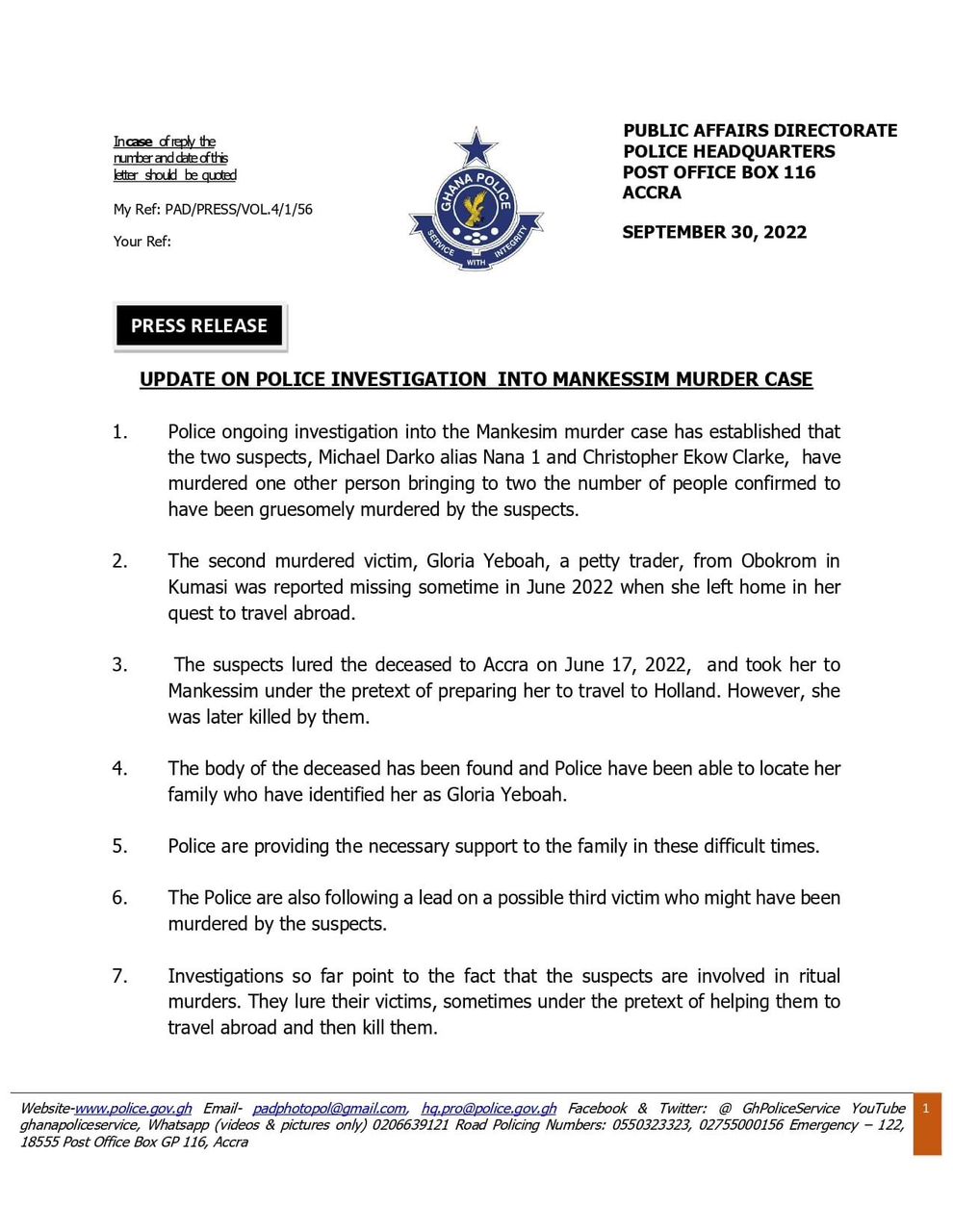