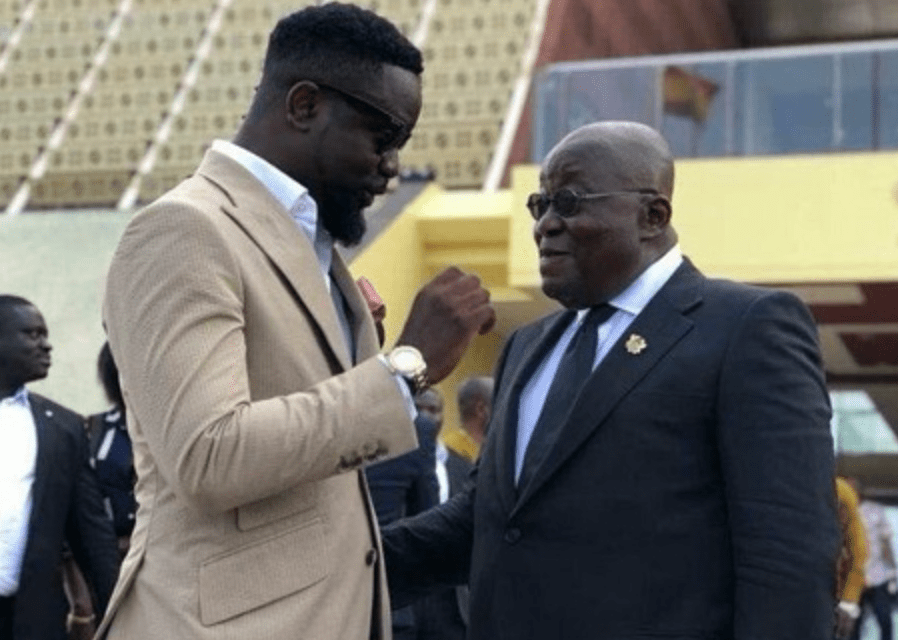 Multiple award winning rapper Sarkodie has emphasized that he still stands by an ‘endorsement’ statement he made in a song in 2020.

The “Original” Rapper mentioned that he is a beneficiary of the government’s Free Senior High School (SHS) policy and that was what he endorsed.

Speaking on 3FM’s This is Culture today, November 10, the “No Pressure” artiste mentioned that he stood by his Nana Toaso lyrics of his “Happy Day” song releases during the 2020 elections since he only endorsed what he had been a benefactor.

“What I said he [Nana Addo] should ‘toaso’, I stand by it because I think I benefitted from Free Education directly and I have the right to say I endorse that because this is directly. My mum has these girls we’ve been supporting. At first, she would call asking me to help. I am not saying it is much but just the fact that I am not even hearing that, it came from that place. And I was specific about what I was endorsing.

“I knew the Nana Toaso part will be misconstrued but that is the music part of me,” he noted.

The two time VGMA Artiste of the Year winner was, however, quick to note the country is currently in crisis. “But of course, the country is worse, we are in serious crisis and people are really suffering,” he added.

Sarkodie born Micheal Owusu Addo is under pressure from netizens to release a song about the current economic crisis.

In the previous National Democratic Congress (NDC) government, the Adonai hitmaker was a thorn in their flesh after releasing ‘Dumsor’, ‘Inflation’, and ‘Masses’ to tackle the pressing issues at the time.

The country’s current economic crisis is certainly not favourable and people are in the same vein expecting Sarkodie to release a song.

Some are also of the opinion that the father of two has failed to heed to the call to condemn the government for the country’s economic woes with a song since he apparently campaigned for the New Patriotic Party (NPP) government in his ‘Happy Day’ song during the 2020 elections.