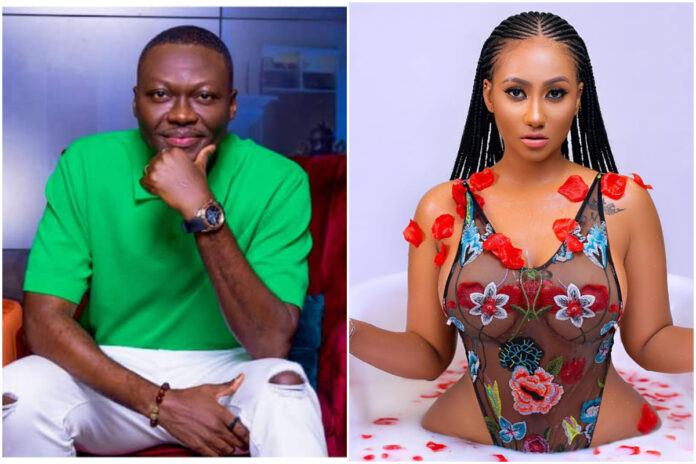 Following her incarceration, Ghanaians have been advised by entertainment critic Arnold Asamoah-Baidoo to maintain calm on embattled singer, Hajia4Real.

The sensational musician and socialite Hajia4Real from Ghana allegedly committed a $8 million fraud in the US and was detained in the UK.

According to rumors, American authorities have placed Hajia4Real on their “red list” due to some fraudulent operations.

Arnold Asamoah-Baidoo made his statement after a representative of the Ghana Music Awards UK team announced that Ghanaian socialite Hajia4Real had been detained in the UK.

Arnold argues that it is too soon to pass judgment on Hajia4Real, especially because the complete facts surrounding the incident have not yet been made public. In 2006 in the UK, he cited the case of the late highlife musician Daasebre Dwamena.

“Do you remember when Daasebre was arrested? It was all over. A week or two after I admonished Ghanaians to slow down on the case, Daasebre was released back to Ghana. So I will plead with Ghanaians on how they are reacting to the issue, especially on Twitter,” he stated.

WHO WILL MONITOR YOUR APPOINTEES’ USE OF V8 CARS? – Mahama Quizzes...