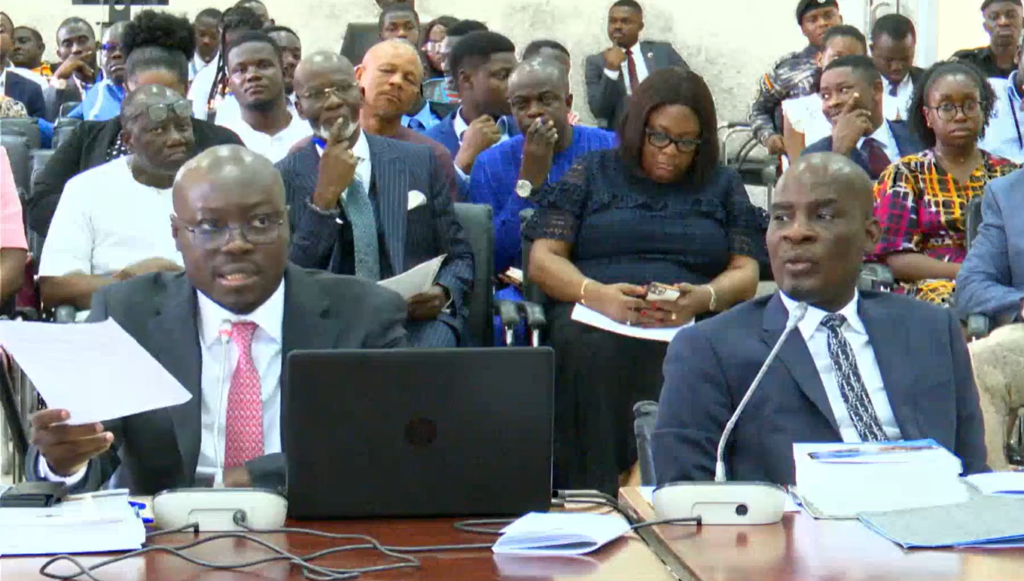 Minority in Parliament is justifying its calls for the removal of the Finance Minister, Ken Ofori Atta, citing the government’s reckless spending in the financial sector clean-up as one of the justifications.

Tuesday marked day one as the Ad hoc Committee set up by Parliament began considering a motion for a vote of censure against the Finance Minister filed by the Minority over the current economic crisis.

The NDC MPs made seven allegations against the Finance Minister.

The claims are; conflict of interest, unconstitutional withdrawals from the Consolidated Fund, illegal payment of oil revenues into offshore accounts, deliberate and dishonest misreporting of economic data to Parliament, fiscal recklessness, alarming incompetence and gross mismanagement of the Ghanaian economy.

Presenting evidence to back their allegations, Ranking Member on the Finance Committee of Parliament, Dr. Cassiel Ato Forson, said Mr. Ofori Atta has failed to end government’s fiscal recklessness, thus does not deserve to be in office.

The Minority Leader, Haruna Iddrisu who also appeared before the Committee tendered in Parliamentary debates for Thursday 10th November, 2022 as his first evidence.

He also made reference to the 1992 Constitution, the Public Financial Management Act, the Fiscal Responsibility Act and the Bank of Ghana Act.

He wants the Finance Minister to take responsibility for the mess created.

“You refused 500 million, one billion to save the life of some of this financial institutions and you are happily saying that we should celebrate you after spending 23 billion, which you are not prepared to report…. So if you left out banking sector expenditure of 23 billion, who should bear the brunt? Same taxpayer? These are the contradictions we are pointing out,” he said.

Meanwhile, Senior Lecturer at the University of Ghana Business School, Prof Lord Mensah, said the numbers presented by the Minority to back their case reflect the underperformance of the Finance Minister.

He urged the Finance Minister, Ken Ofori-Atta to bow out of office.

I SHOULD HAVE NEVER TAKEN MY GIRL TO THE BARBERING SHOP

Over 8,000 delegates to attend NDC Congress on December 17

Do not prevent your children from going to school – Education Minister...