Nollywood actor, Frederick Leonard and his wife, Peggy Ovire, have made their first appearance as a couple following their traditional wedding.

Recall that the celebrity couple got married over the weekend in a beautiful and colorful ceremony and their wedding was the talk of town. 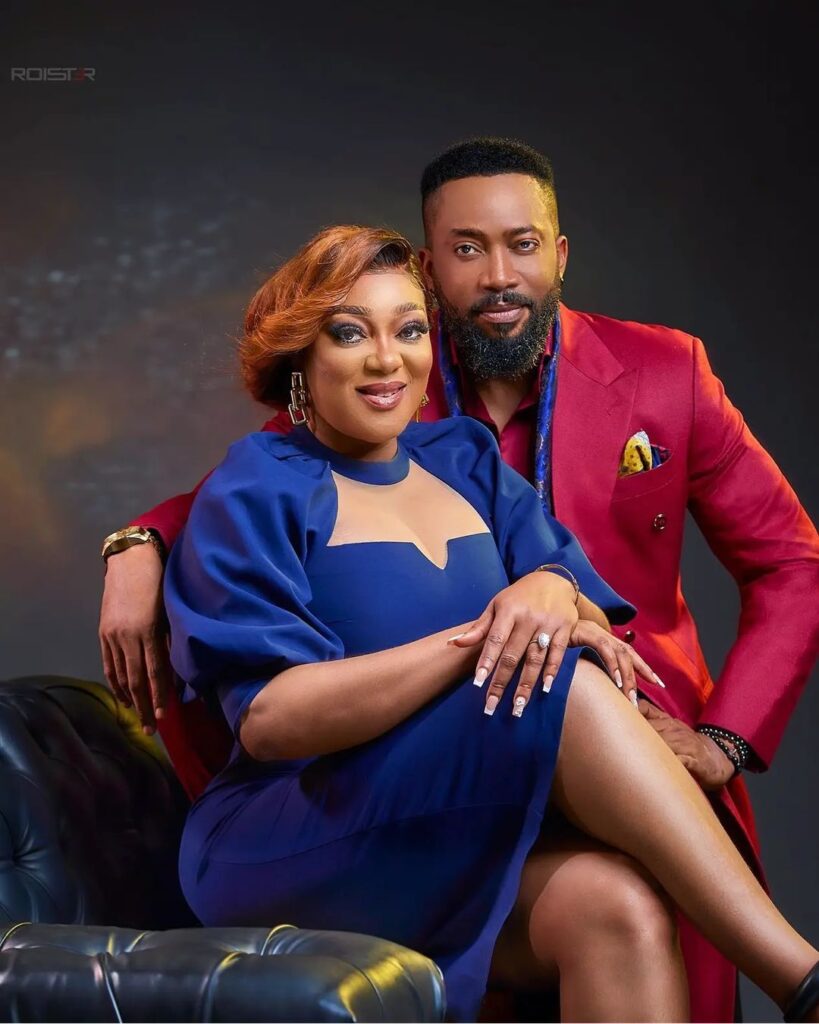 The newlyweds have now appeared on social media for the first time as a couple since they got traditionally hitched.

In a video shared via Peggy’s instastory, the pair were going on a ride and vibing to a love song ‘Buy Me A Flower’ by Luther Vandross.

Peggy, who has changed her surname to ‘Leonard’ on Instagram, is also seen flaunting her wedding ring as she sang along to the song.

Watch the lovely video below,

A while back, Peggy Ovire has stated confidently that her husband, Frederick Leonard, does not womanize.

The actress, who married over the weekend while sharing their unique love story and how they dated for seven years before finally tying the knot, said her husband was faithful to their relationship throughout those years and pleaded for him not to change.

She showered praise on her husband, describing him as a prayerful man, her best friend, true to his words, and someone who has proven his unwavering love for her time and time again.

She described herself as ‘lucky’ to be married to someone like him, and advised fellow ladies to be patient with their partners.

“I saw a man that is not a womanizer and most importantly that’s why I stayed for this long. Please don’t change, Fredrick is one man that I can beat my chest on, despite what everybody is saying, that he doesn’t womanize. I will love you, I will respect you”. She said in part.

Fuel attendant dies in a car accident while trying to chase a...

“Avoid beautiful women if your bank account is not smiling” – Skit...

“Na too much drugs” – Netizens react to a video of Portable...