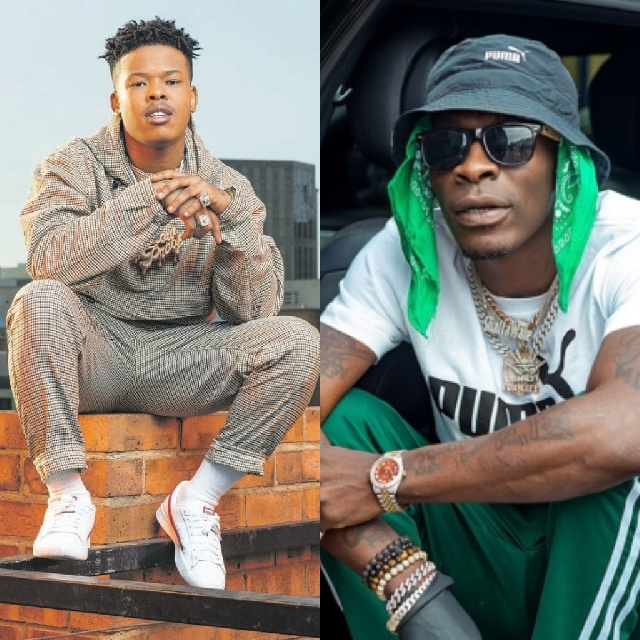 South African rapper Nsikayesizwe David Junior ‘Nasty C’ Ngcobo has complained that his remarks concerning Shatta Wale, a popular singer from Ghana, were inaccurately reported and misrepresented during his media tour there.

He discussed it in a rap freestyle while appearing on Metro FM in his native nation.

“I was out in Accra, media run for my album was turning into a mess, if you tuned in [to the interview(s)], you could guess,” he began.

“They asked me if I knew Shatta [Wale], they said he’s one of the best. My honest answer ended up being twisted up by the press,” he charged.

According to him, Shatta Wale, being clement, “understood that, so there’s really nothing there to address, but I thought I’d speak on it to put it to rest.”

Aside the closure, he revealed he addressed the controversial moment to also “show that man [Shatta Wale] some respect.”

Monday, 16 April, he was on Accra-based Starr FM and during the interview, said he was not was not familiar with Shatta Wale’s music even though he had heard the name before.

“I have heard the name Shatta Wale but not his works,” he said and curiously added: “I don’t know if he is a man or woman.”

This is the comment he charged was misreported and miscontrued and made to appear as a jab to the Shatta Movement (SM) leader, especially because he had eulogised his arch-rival at the time, Stonebwoy.